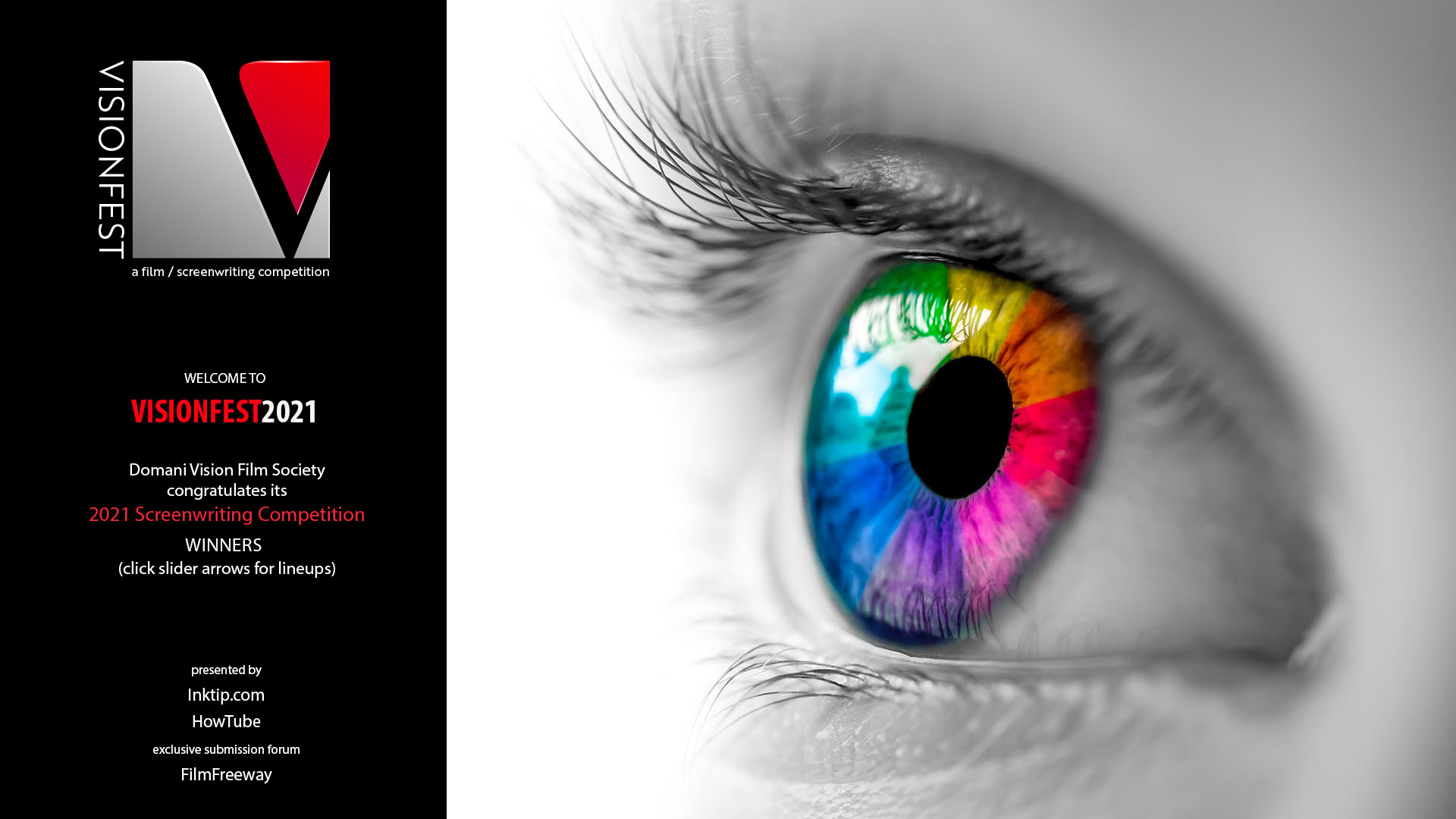 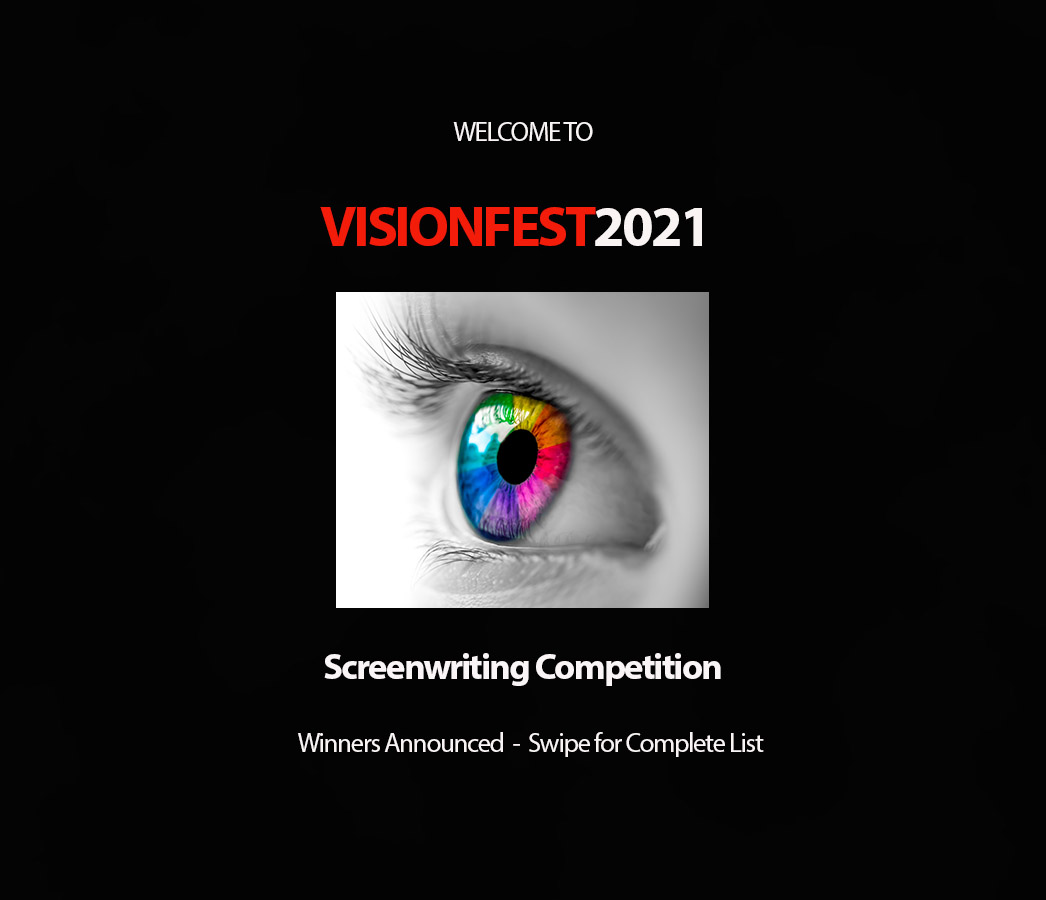 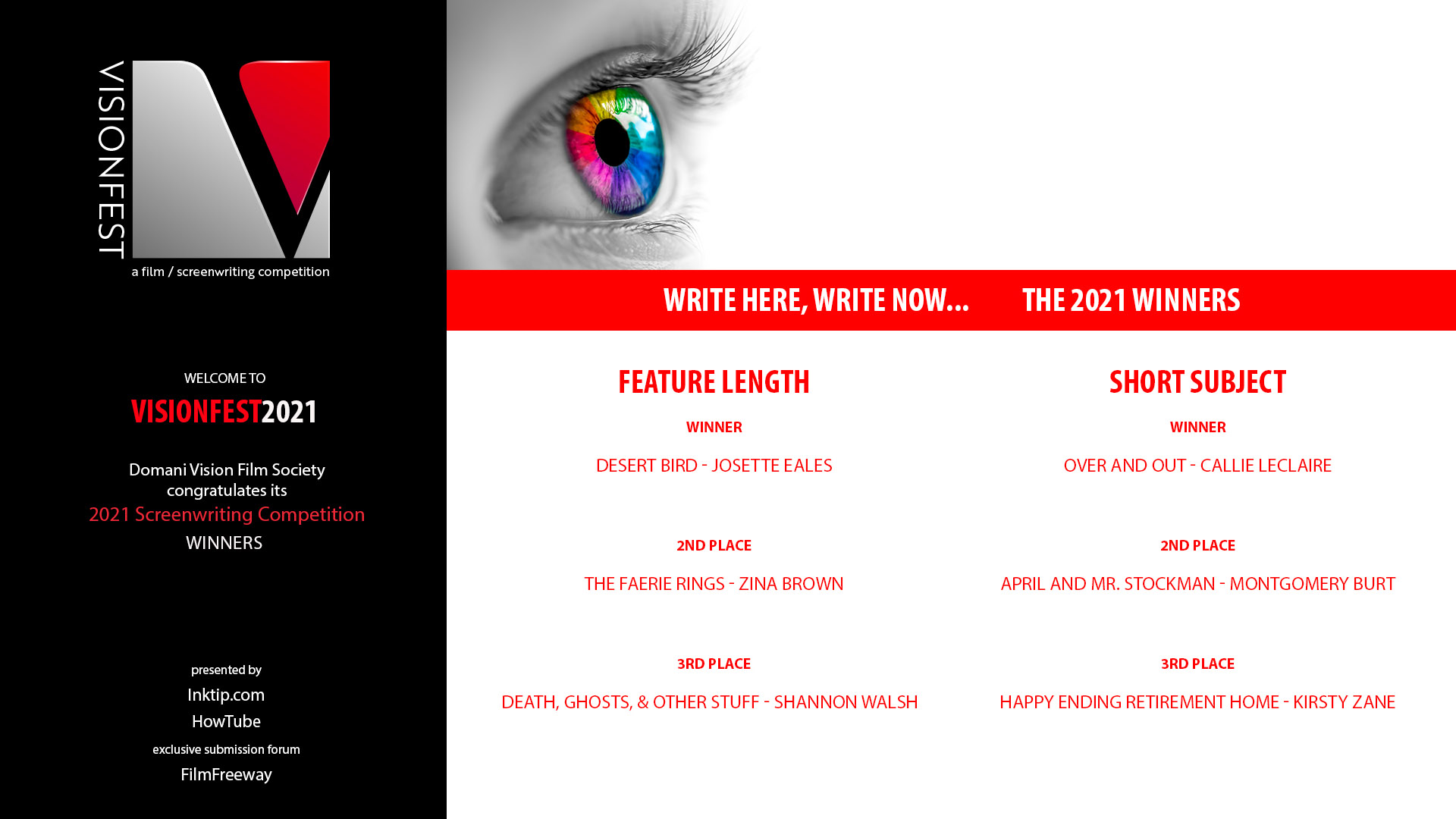 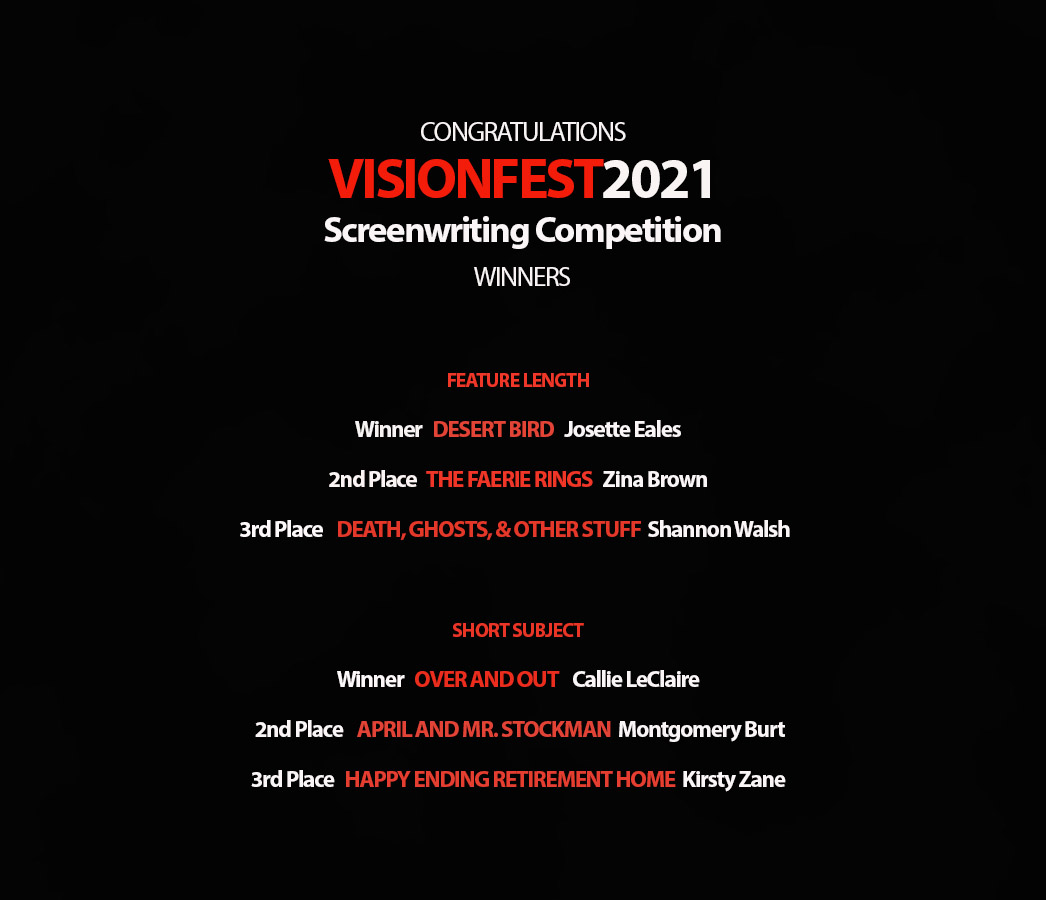 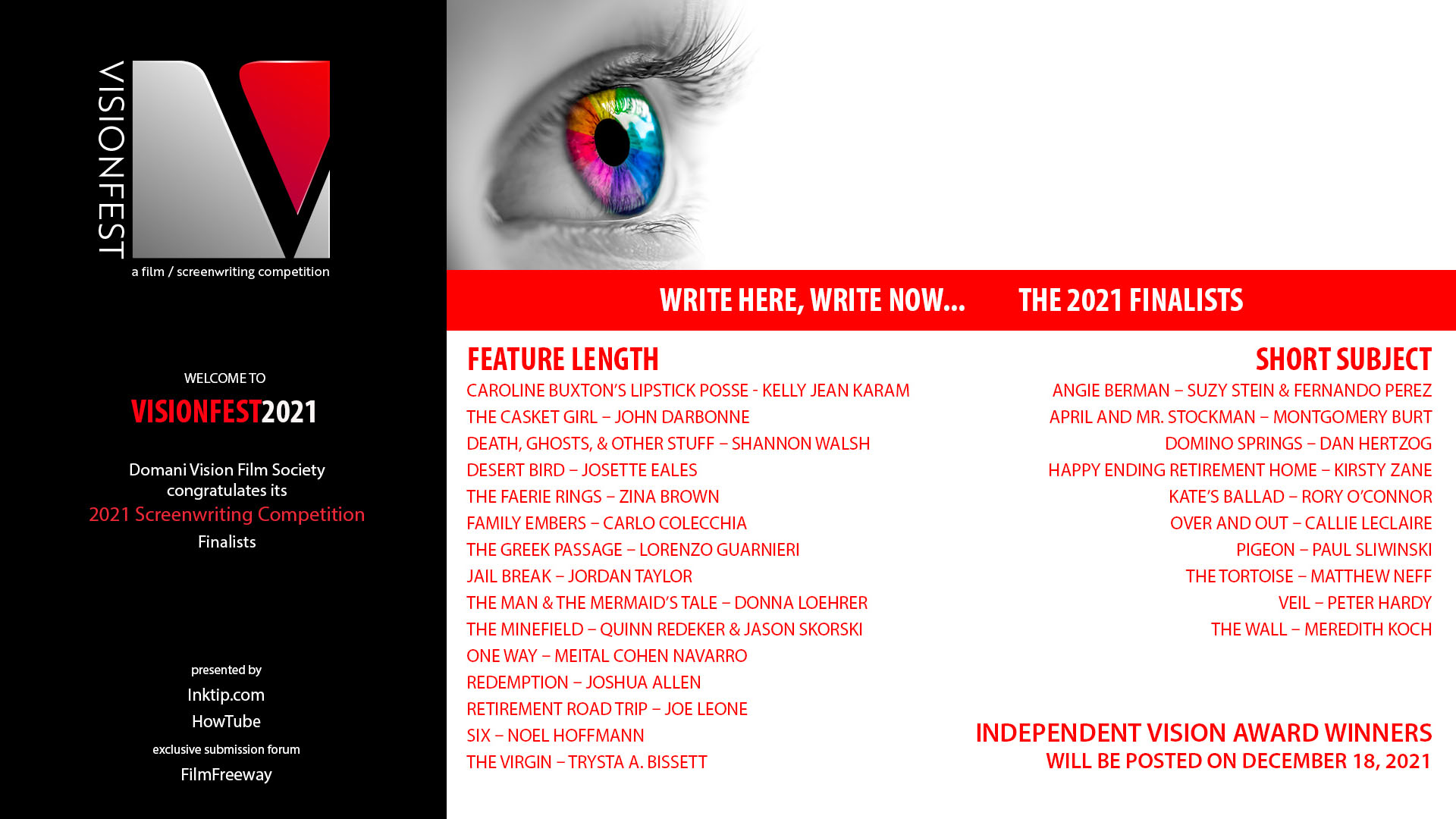 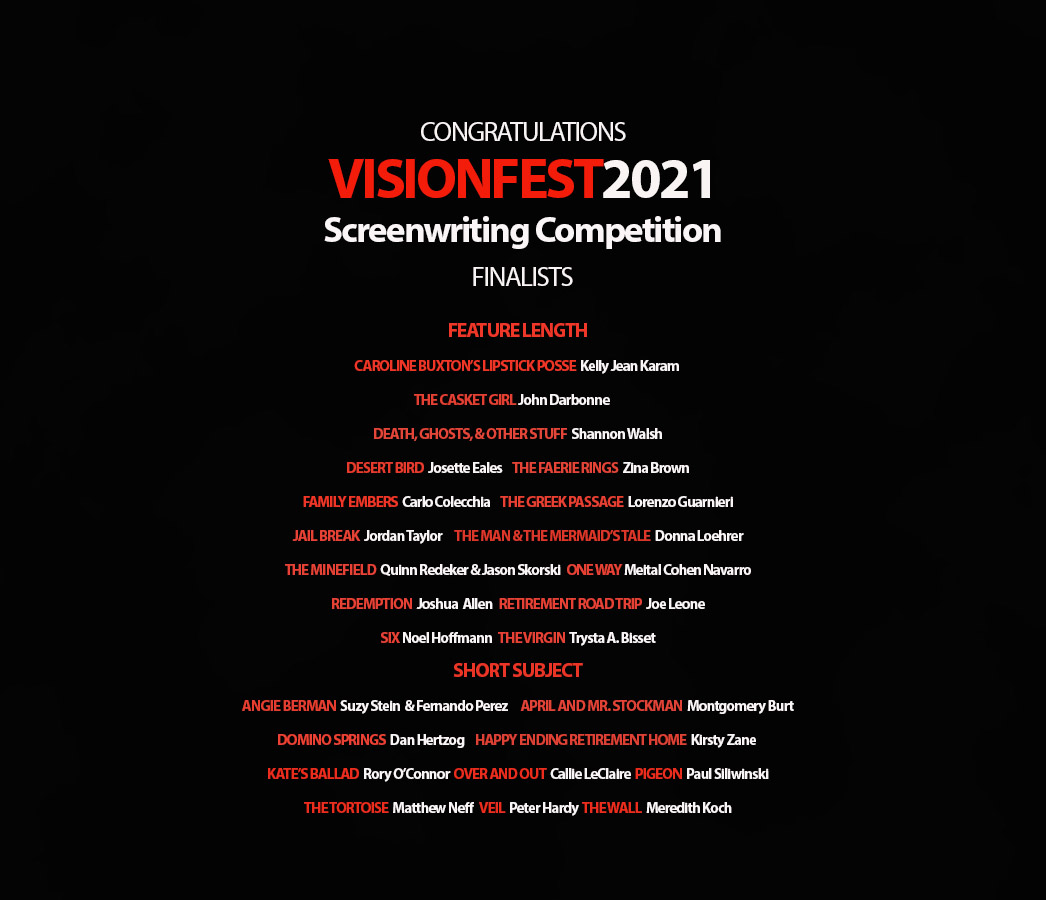 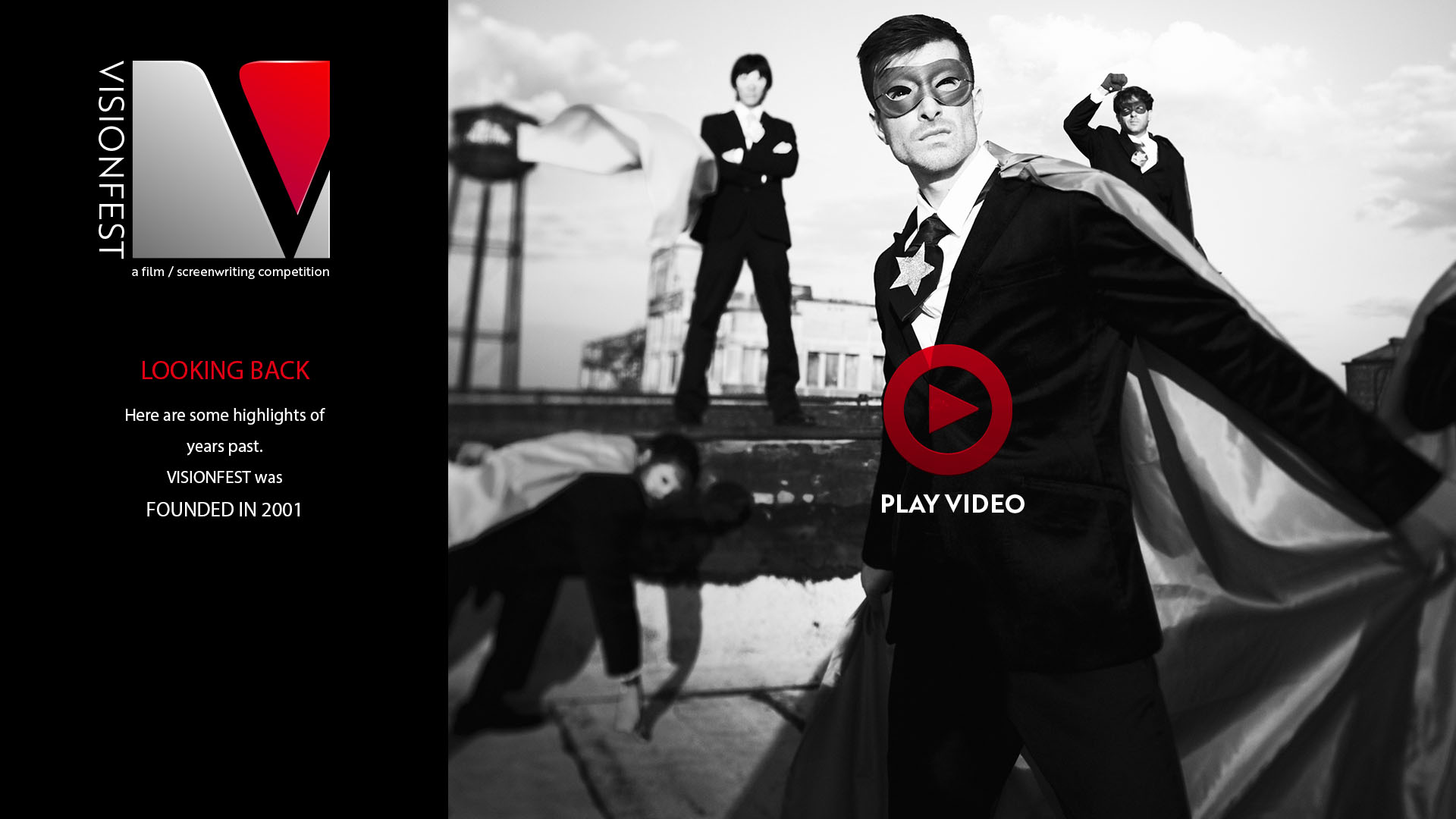 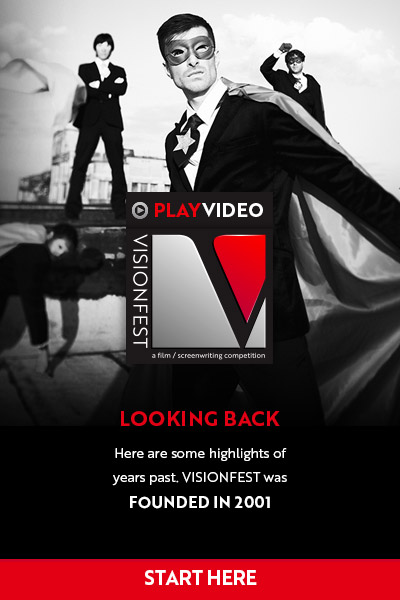 The Jury is in!  The 2021 Visionfest Screenwriting Competition has announced its top three vote getters in the Feature and Short Subject categories respectively, and female authors dominated the award recipients this year.  In a coincidental turn of events, the winners of the Feature and Short Subject categories were both women,  the 2nd Place honorees were both men, and again, it was female authors who placed 3rd in each of the categories.

In a rare, unanimous decision triumph, the top prize in the Feature category, which consists of a $1000 cash award, in addition to a Commemorative Certificate of Award and a sponsored prize from our official award sponsors, InkTip.com, was bestowed upon Josette Lisa Eales for her dark, rural thriller, DESERT BIRD.  The deliciously twisted tale of murder and impossible love landed its winning position by receiving unanimous thumbs up from all of the Jury Panelists, a feat that doesn’t frequently occur in such a single sided fashion. Competition Producer, Jana Frindtova, offered her take on that particular entry, as follows:  “There were so many great scripts submitted to us this year and a vast majority thrilled us with their comedic flair, plot twists, and adventure, but DESERT BIRD was one that had me on the edge of my seat and ultimately infiltrated itself under my skin. It is as unsettling as it is poetic and haunting.” The entire Jury mirrored those feelings, as most referenced the script’s visual poetry and its deliberate pace, which picks up steam and never lets go as it culminates to its climax.

On the Short Subject front, the top prize of $350 cash, Commemorative Certificate, and sponsored InkTip.Com award, went to Callie LeClaire for her heartwarming tale, OVER AND OUT, a riveting 11-page nail-biter, which is the account of a high-functioning autistic child using a two-way radio to provide a lost hiker with his only chance to be saved. Competition Founder and Honorary Executive Director, Bruno Derlin, commented on how he was “brought to tears” by the script’s very emotional, but uplifting ending.  He added:  “I was really enveloped in the script’s charm and its simplicity. I’m glad we have works like these, which continue to celebrate the Visionfest legacy of very high standards for screenwriting projects.”

For the runner-up positions, the men who landed at 2nd place respectively in the Feature and Short Subject categories, were Zina Brown (a Visionfest alum who won recognition for his short subject, live action film “Dreams of the Last Butterflies”) with THE FAERIE RINGS, and

Montgomery Burt for his endearing short script, APRIL AND MR. STOCKMAN.  In 3rd position, on the Feature side, was Shannon Walsh for DEATH, GHOSTS, & OTHER STUFF, and for the Short Subject category, HAPPY ENDING RETIREMENT HOME by Kirsty Zane.

It was an incredibly competitive campaign and due to the overwhelming response and quality of the submissions we received, we raised the number of “finalists” that we announced in each category to better reflect the increase in quality submissions.  With that, we would like to extend our gratitude to all those who participated by sharing their work with us and congrats to all the finalists and winners in this year’s Visionfest Screenwriting Competition.  As always, we encourage you all to continue to “Write here… Write now!”

VISIONFEST is an annual screenwriting competition evolving from what began in 2001 as VISIONFEST: THE OTHER FESTIVAL (commonly referred to as VF) and founded by the Domani Vision Film Society LLC, an organization dedicated to bringing you tomorrow’s visionaries... today

As of February 1, 2021, we accepted Feature and Short Subject Scripts in any genre: 3-30 pages for short scripts; 80-130 pages for feature scripts.  Awards consist of cash and sponsored prizes (InkTip.com is a primary sponsor of the Screenwriting Competition) and special Domani Vision Film Society Commemorative Certificates.

To learn more about VISIONFEST or to check out some past highlights, scroll down to view some of our video and audio content, presented by HowTube. 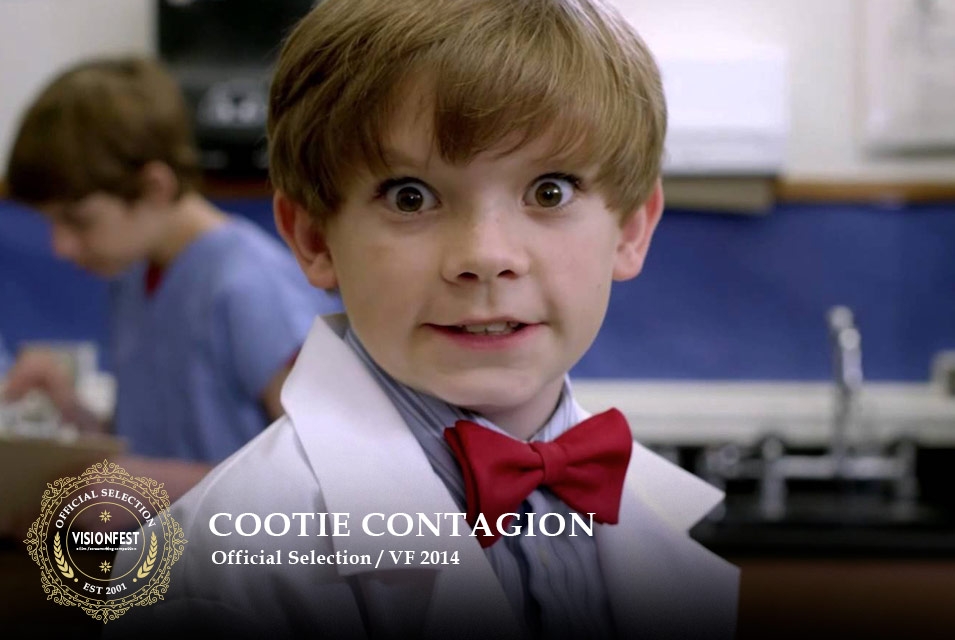 The disease is spreading and Matt is at risk. He likes Becca but Connor has warned Matt of the dangers of girls and will quarantine him if required. Matt has to stay away from Becca’s birthday party, else it could be the end of boy-kind as we know it 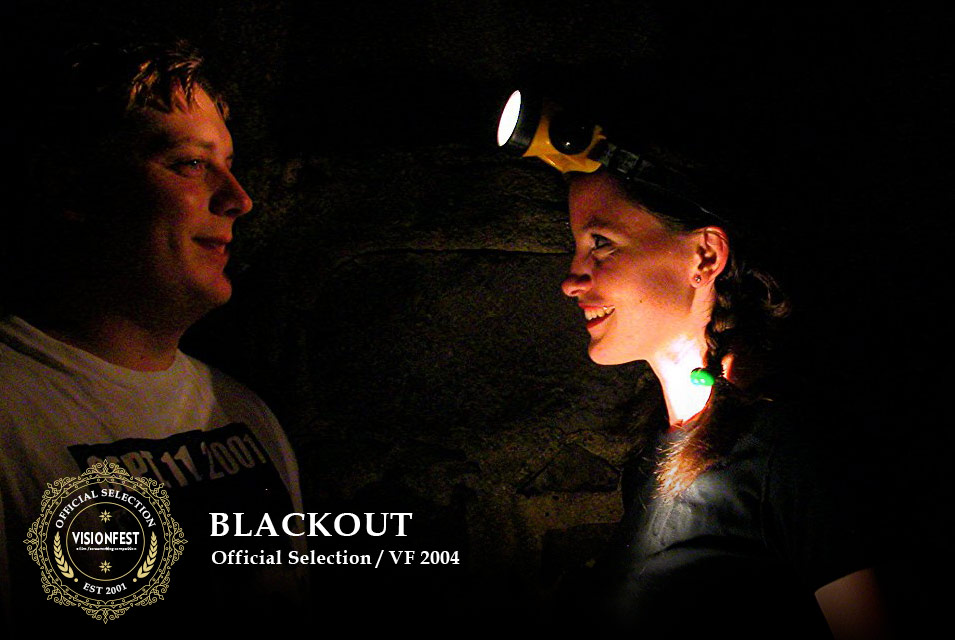 One of five digital shorts from the 2004 VF initiative, the 5×5 NY State of Mind Digital Project. BLACKOUT is written and directed by Ilya Chaiken (“Margarita Happy Hour”) 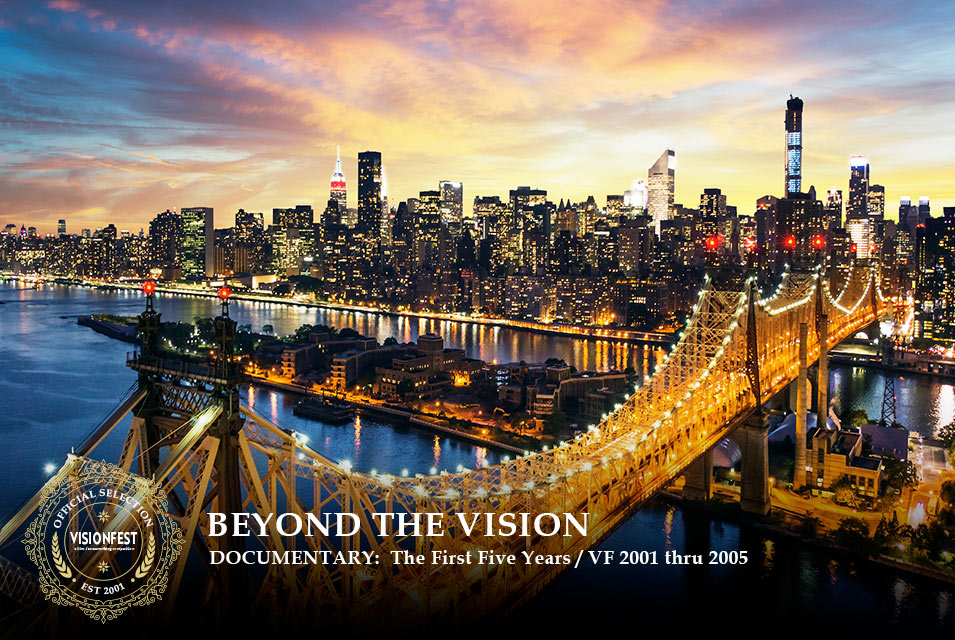 Short documentary highlighting the first five years of VISIONFEST. Co-founders, Bruno Derlin & Mark Doyle, narrate the happy odyssey with clips, stills, and anecdotes surrounding the birth and evolution of “the Other Festival.” 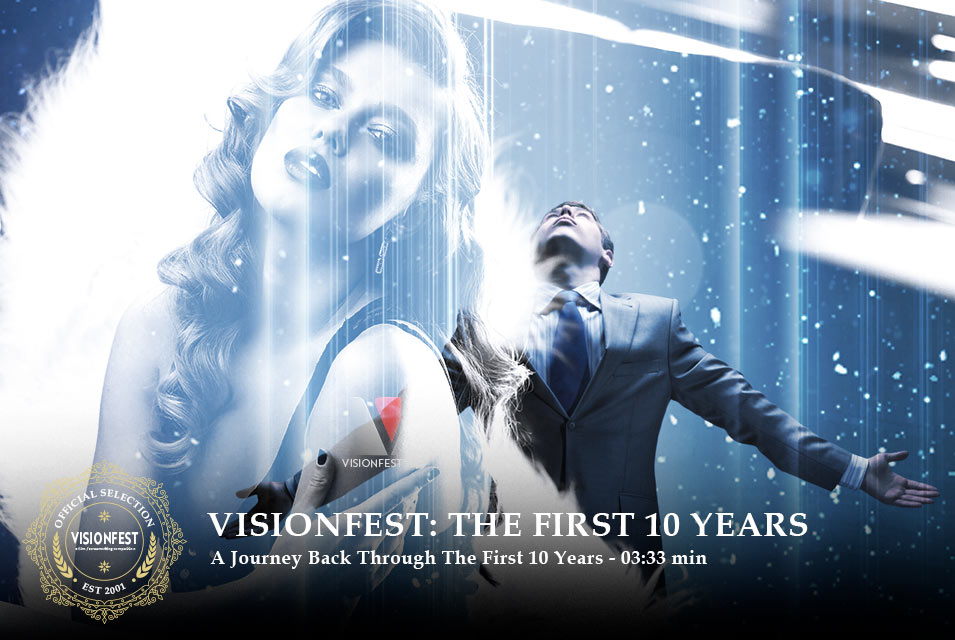 A Journey Back Thru The First 10 Years

Film clips provide a brief summary of highlights from 2001 thru 2010 of the VISIONFEST film festival.

Click on the galleries below to view some of the latest by VistionFest.